Prescient Relic (or as the drone flies)

Ancient artifacts have been found in the bombed areas of Syria.

Antiquities rise from the past with messages. 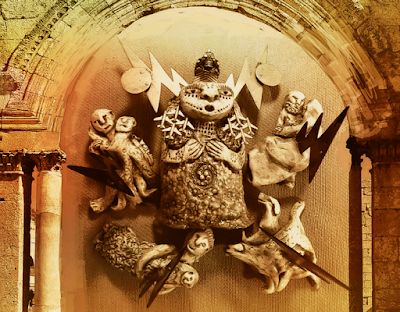 THE GODDESS OF THE AIRSTRIKE

Did they know about strategic drone strikes, or did they mean the
great Thunder God Baal?
Does it matter?  Both seem to produce unintended casualties.
Innocents
The U.S.of Baal is widening the parameters of air strikes, allowing for more
COLLATERAL DAMAGE.
Past experiences prove that we do not have the ability to target precisely-
https://www.washingtonpost.com/news/worldviews/wp/2016/07/21/an-airstrike-in-syria-killed-entire-families-instead-of-isis-fighters/?utm_term=.69167a7933d0
Syria is being bombed by Russia, Assad, the U.S. and fifteen contributing countries.
A home to civilized culture, the cities of Aleppo and Damascus are two of the oldest continually inhabited cities.
The oldest piece of music able to be retrieved is from the Syrian region.
https://www.youtube.com/watch?v=DBhB9gRnIHE
﻿

If you're not already on the email list and you don't
want to miss a performance on this blog,
leave your email address at "CONTACT FORM"
also please SHARE WITH OTHERS.
Stephanie

BIG BROTHER IS WATCHING YOU! 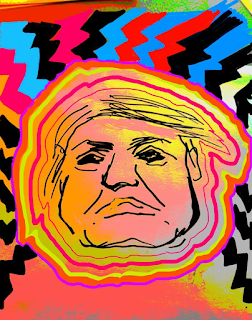 WE ARE WATCHING HIM! 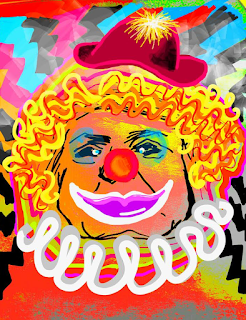 and listening.....
Healthcare is Wealthcare   NOT
Restriction is Freedom  NOT
CO2 is Good for Us  NOT
Executive Orders are Ordures*
(so proud of this one)
*ordures-fecal waste

SPECIAL TREAT
THE TROLLS
even trolls know about climate change. 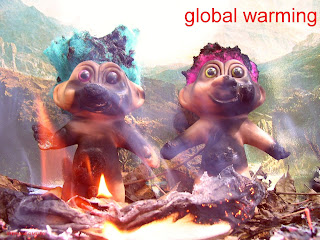 If you're not already on the email list and you don't
want to miss a performance on this blog,
leave your email address at "CONTACT FORM"
also please SHARE WITH OTHERS.
Stephanie